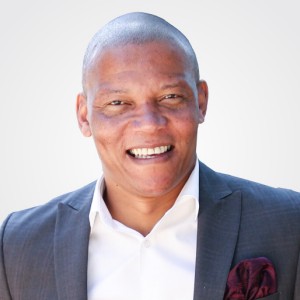 There is a new man at the helm of Sun International’s Wild Coast Sun, Peter Tshidi. On the 1st of May he took the position of General Manager, returning to the Sun International stable after starting off a successful career with the group 22 years back at The Palace at Sun City.

With a wealth of experience in local and international hotel operations, retail, operations management and casino operations under his belt, Peter says that he sees himself as the custodian of a national and more importantly a significant provincial tourism asset – The Wild Coast Sun.  He is hugely passionate about South Africa as a destination and sees the Eastern Cape as an undiscovered wonderland in respect of natural beauty, product and people.

Hailing from Ga-Rankuwa in Pretoria, this 41 year-old driven, career-focused leader has some really exciting plans and developments up his sleeve for the Wild Coast Sun.  Although he does not elaborate in great detail, Peter says, “My biggest achievement is yet to come. I am always looking to achieve more tomorrow than I did today”, and this could only mean progress for the resort.

When at home and in his private life, Peter is a very keen sportsman. He runs and surfs, and is a retired footballer, having played soccer for the Mamelodi Sundowns Under 21 in his day.  He obviously supports Sundowns locally and internationally he is an Arsenal fan.  In rugby season, Peter supports the Sharks and the EP Kings.

Family is exceptionally important to Peter.  “I have a sister, Debra.  We are very close,” he says.  He then describes his greatest personal achievement as being his beautiful children; his children, daughter Khwezi, and two sons, Khaya and Neo, who live in Ireland and Letsie who lives in Joburg.  He is a fun-loving person and this shows in his musical taste as well.  Peter’s favourite band is the all South African Mi Casa and his favourite song is the band’s “La Vida”.

Peter takes over from Myan Moodley who was appointed the General Manager of Wild Coast Sun in 2014. Myan has also stayed with Sun International but has moved over to manage Sibaya Casino & Entertainment Kingdom on the KwaZulu-Natal North Coast. Dropping a slight hint that he may be focusing quite strongly on CSI initiatives as well as Enterprise Development, Peter has already gained huge respect from colleagues and, no doubt, will gain the same from visitors and regular clients to the resort. “Being back with Sun International makes me feel like I have been around the world and have come home,” he says with great contentment.