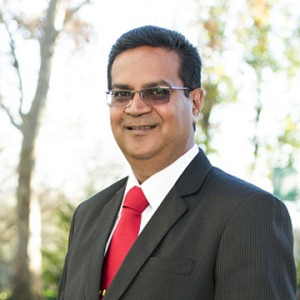 Ruben started his career at Sun International almost 30 years ago as a Count Clerk at Venda Sun. At the time, he was studying towards a BCom and thought it would be a great way of earning extra money to pay for his studies while gaining invaluable work experience.

His career at Sun International has taken him from Thohoyandou (Venda) to Bisho (Ciskei), from the Free State to the Western Cape and lately back to Gauteng. He has worked mainly in gaming as a Slot Manager of Molopo Sun (Mmabatho) and Slot Manager of GrandWest as well as Gaming Manager of Morula. Subsequently, he was the General Manager of Morula Sun for five years.

In 2010, the decision was taken to upgrade Sun International's Gaming Systems and Ruben was then requested to head up the Enterprise Gaming System project and was appointed the role of Business Manager for Gaming at Head Office. He held the position for three years and was then promoted to Regional General Manager of Casinos (SA) in 2013 and is currently responsible for Meropa, Carousel, Windmill, Naledi, Flamingo, Wild Coast and the Royal Swazi.

Ruben says that looking back on his career, it is one that has been filled with many memorable moments; meeting celebrities and working with extraordinary people.